In collaboration with Vice Chancellor Todd Adams, Student Affairs & Inclusive Excellence's divisional leadership team provides administrative, strategic and organizational leadership as we work to support our students throughout their journey at DU.

Todd comes to DU from Northwestern University, where he served as associate vice president and dean of students since 2013. Prior to that Todd was at Duke University where he held numerous leadership roles in student affairs. He is a highly respected and collaborative leader. He has built successful student-centered operations at two of the finest institutions in the country, and his vision and compassion for students is widely recognized and respected across the student affairs field. In his former role at Northwestern, Todd oversaw areas that provide resources, services and support significant to the student experience, including the first-year experience, new student and family programs, career advancement, off-campus life, student assistance and support services, and student conduct. He has been responsible for crisis response and emergency preparedness across the Division of Student Affairs, and collaborated frequently with academic, auxiliary, and other institutional and community partners to serve students.

Todd provided leadership in the crafting and implementation of a university-wide sexual misconduct policy and assisted in the launch of Northwestern’s Office of Equity. He transitioned student disability services to AccessibleNU, with staff dedicated to assistive technology and promoting concepts of universal design for learning, and increased funding to support undergraduate, graduate and professional students who experience health-related and other emergency needs. Todd served on Northwestern’s behavioral consultation team and the undergraduate council in the provost’s office, and he taught in the Master of Science in Higher Education program at Northwestern’s School of Education and Social Policy.

Todd is a longtime member of the National Association of Student Personnel Administrators, where he has served as the national co-chair of the Fraternity and Sorority Knowledge Community. He also assisted in creating the Highly Selective Institution Network for the National Orientation Directors Association and served as its inaugural co-chair. In addition to his administrative roles, at Duke University Todd also taught in the Program in Education and was honored with the Excellence in Advising award by Trinity College of Arts and Sciences. He earned a bachelor’s degree from the University of Nebraska at Lincoln and holds a doctorate from the Peabody School at Vanderbilt University.

Shana serves as the Executive Director of Housing and Residential Education at the University of Denver. In that role, Shana provides strategic leadership for residential education, operations and off-campus housing services. Shana strives to enhance both the student and staff experience while improving housing administrative and operational processes by significantly advancing residential educational experience, enhancing housing technology, growing staff development opportunities, strategic communication, and hiring & recruitment processes. Shana holds a Bachelor’s of Arts degree from Rutgers, The State University of New Jersey, and a Master’s of Science degree in Educational Counseling from Monmouth University. She has worked at Rutgers, the State University of New Jersey, Monmouth University, Philadelphia University (Thomas Jefferson University- East Falls), and Temple University during her professional career.  Shana values professional involvement and is also an active member of ACUHO-I. She currently serves as the Chair Elect of the ACUHO-I Foundation.

Dr. Michael LaFarr is the Executive Director of the Health & Counseling Center at the University of Denver. He earned his BA in Education from Johnson State College in 1993, his MA in Higher Education from the University of Denver in 2008, and his PsyD in Clinical Psychology from the Massachusetts School of Professional Psychology in 2010. Previously Michael was the Executive Director of Health and Wellness at Brandeis University and was also the former Director of Student Affairs at the Harvard School of Public Health. Michael served in the Peace Corps of the United States, working in Education and Health Promotion in Mali, West Africa. His professional interests include health care disparity & access, health and wellness, college mental health, differences in learning, grief counseling, giftedness, psychodynamic treatment, sexual therapy, non-majority sexual orientation & transgender mental health.

Dr. Niki Latino is the Associate Vice Chancellor of Student Affairs & Inclusive Excellence at the University of Denver. She earned her master's and doctoral degrees at DU. Her PhD is in higher education teaching and learning, with specialties in inclusive leadership and inclusive excellence. She has taught at DU, at the graduate and undergraduate levels and serves on graduate student research committees. Her passion is creating inclusive learning environments and equitable access to learning for all students 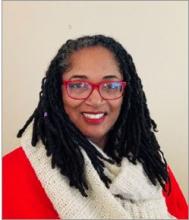 Tamara D. White, Ph.D. currently serves as Associate Dean of Students and Interim Director of the Cultural Center for the division of Student Affairs and Inclusive Excellence at the University of Denver. Dr. White formerly served as the Vice President of Enrollment Services and Student Success at Front Range Community College, the Dean of Students at the Community College of Aurora, and the Director of Admission and Access Policy for the Colorado Department of Higher Education. She spent most of her professional career in higher education, serving in roles in student life, multicultural affairs, leadership, and residence life. Dr. White earned her doctorate in higher education from the University of Denver. She has two children, a 19-year-old son and 16-year-old daughter.

Emily comes to us most recently from the Yale School of Management, where she served as the assistant director and, before that, the program coordinator, of Academic Affairs and Student Life.

Emily brings significant experience to this role, including communication, event oversight, operations, and budget management. Emily earned her bachelor’s degree in International Relations and Anthropology from the University of New Hampshire, and before her time at Yale she worked at both Amnesty International and Think Food Group, LLP.